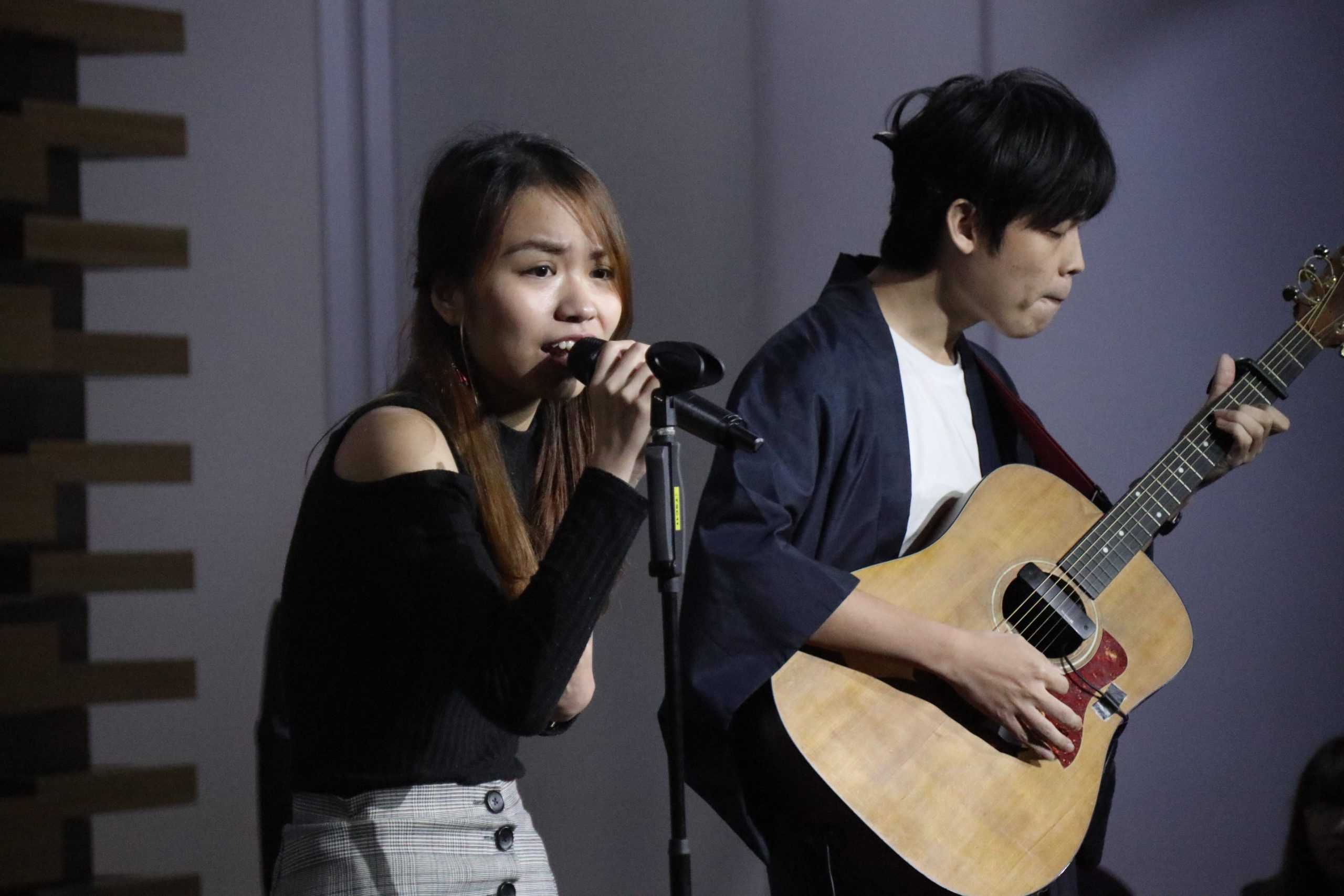 The Department of English would like to extend a huge thank you to everyone who attended the university’s first-ever HSU Idol: English Singing Contest on 1 November 2019!

The contest, held in the Block D auditorium, was an opportunity for staff and students alike to share their passion for music while also honing their English language skills.  The event attracted nearly 200 attendees.

A special thanks goes to the judges, Professor Kwok-kan Tam, Ms. Renee Chan, and Dr. Connie Wong, as well as to the student emcee, Faraz (BA-ENG Year 2).

Group photo of contestants, judges and teachers of Department of English