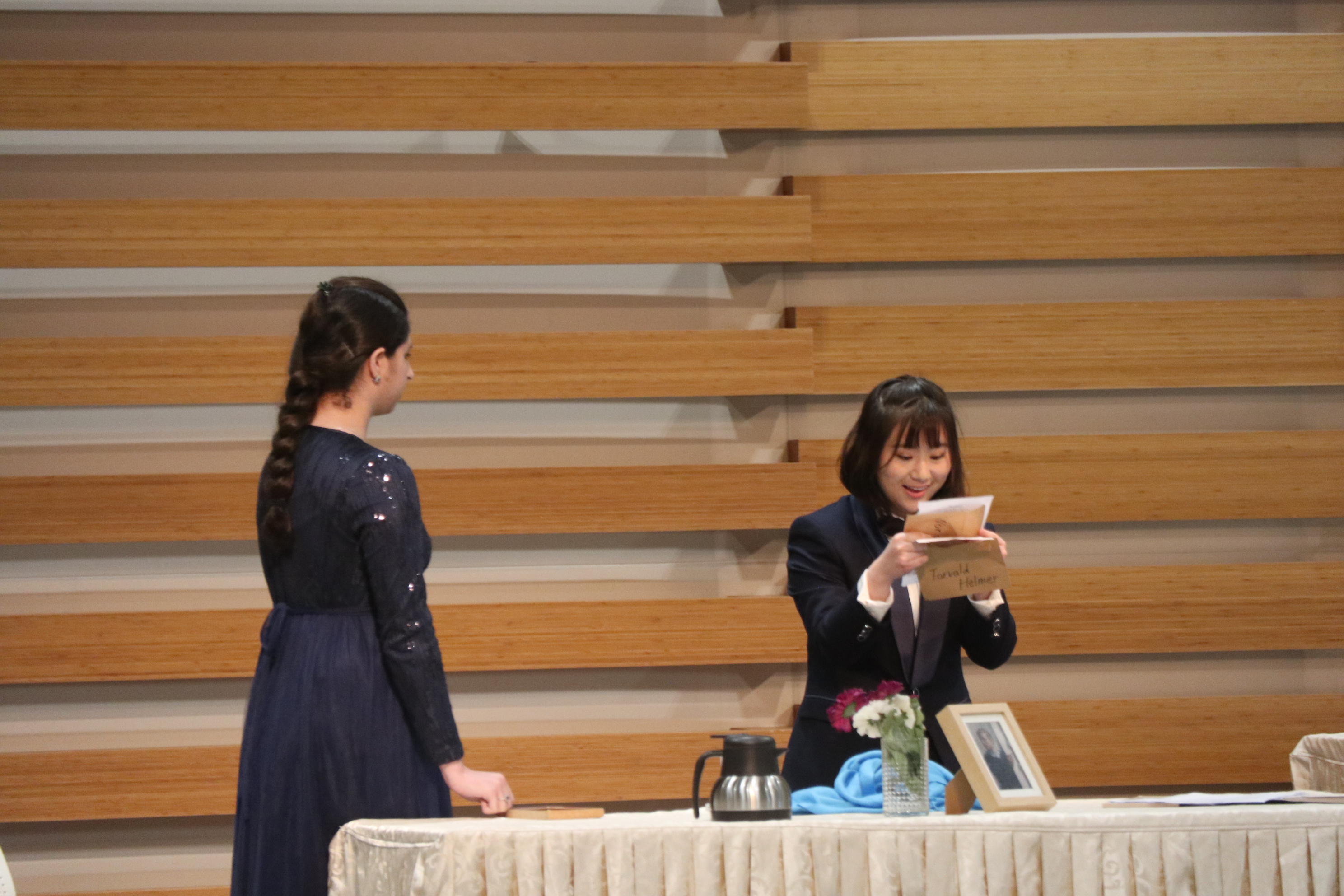 The English Dramatic Duologue Competition was successfully held by the Department of English on 28 March 2019 to promote English language learning. Six teams of students from different disciplines performed three world-acclaimed English plays, including Arther Miller’s Death of a Salesman, Tom Stoppard’s Rosencrantz and Guildenstern Are Dead and Henrik Ibsen’s A Doll’s House. Over 200 academic staff, students, and teachers and students from Carmel Pak U Secondary School and Sing Yin Secondary School participated in this educational event.

The Department would to congratulate the following awardees:

Student performances of Death of a Salesman

Student performances of Rosencrantz and Guildenstern Are Dead

Student performances of A Doll’s House

The second runner-up team and Paul FUNG, Acting Head of Department of English

The champion team and Prof Kwok-kan TAM, Dean of School of Humanities and Social Science